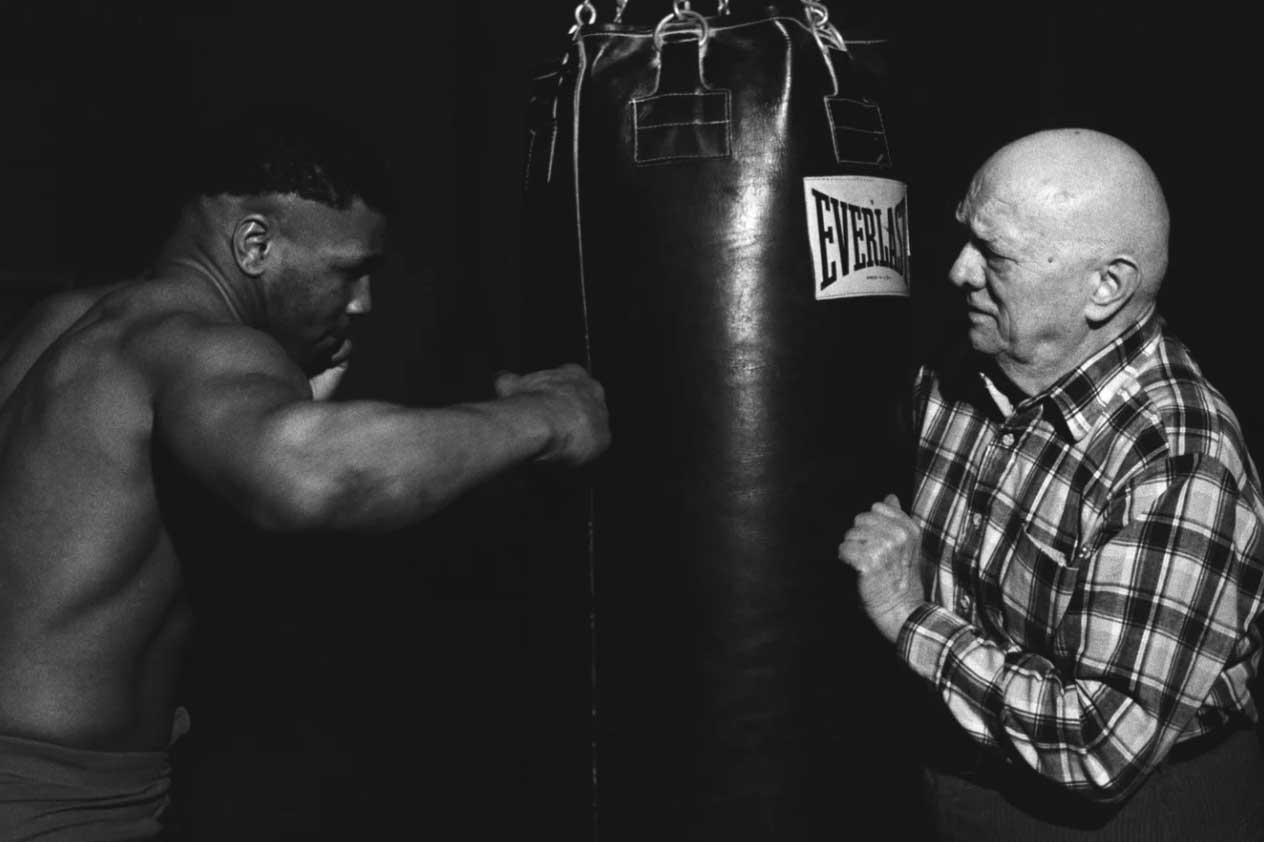 Over 30 years ago, when Tom Patti first began his boxing training under Cus D’Amato, he received a blunt yet honest message during his orientation, which became a frequent lesson throughout his instruction: “Cus would say, ‘Not all my fighters will be champions. But if you apply the same principles that you’ll gain from this sport, you’ll be successful no matter what the endeavour.’”

Perhaps Patti, now a government supervisor of San Joaquin County in California, is a prime example of D’Amato’s principles being put into effect outside the ring.

But while some recognize D’Amato as one of the most influential boxing trainers in history, his teachings are primarily unknown.

The book, “Non-Compromised Pendulum” was primarily written by Dr Oleg Maltsev, and documents the ideologies and scientific virtues of D’Amato. Patti contributed first-hand knowledge, having trained under D’Amato’s tutelage for five years. Patti was a part of D’Amato’s last group of mentees alongside Tyson; his father was among D’Amato’s first students, alongside Patterson.  Ahead of writing Non-Compromised Pendulum, Maltsev and Patti met in New York, where they spent hours poring over D’Amato’s intricate philosophies.

The book is the beginning of Maltsev ode to D’Amato’s principles. (Maltsev said he intends to release a five-book series commemorating D’Amato and his teachings.)

“The greatest gift that we can give to boxing is that people have a greater understanding of what a quality fighter and an outstanding fighter is all about,” Patti said.

Unable to counsel D’Amato directly in writing the Non-Compromised Pendulum, Maltsev instead spent more than 20 years investigating, conducting interviews with over 50 subjects who knew D’Amato in various capacities.

“The goal of the book was to preserve the legacy of Cus D’Amato. The knowledge, the approach of how to be victorious in the ring and to be victorious outside the ring.” To put it simply: the book traverses boxing’s parallels to life and how the two, from a scientific approach, were hand-in-hand to forming D’Amato’s system.

“Cus would say that boxing is 75% psychological and 25% physical,” It is curious that Mike Tyson, one of the most prominent remaining voices with deep ties to D’Amato, was not consulted for the creation of the work by choice. Tyson recently credited D’Amato for being the fulcrum of his success during an emotional interview with Joe Rogan. However, Maltsev preferred to study D’Amato from a purely scientific standpoint; Tyson’s perspective, he deemed, wouldn’t have been as impactful in explaining the sweet science.

Tyson’s omission serves as the only question mark in the makeup of the Non-Compromised Pendulum. But it does not diminish the purpose of the title.

“The problem with boxing [today] is that it lacks competency,” Patti said. “It lacks teachers. So, if through this book we can share some information that a bright-minded teacher can utilize for pupils and increase a skill set and the quality of what a fighter is in this era going forward, then we have a strong foundation to build on.”

Non-Compromised Pendulum is available for download in both its original Russian text and English translation. As for why Maltsev chose not to profit monetarily from his exploits…

“Cus D’Amato, his methodology, his knowledge—I do not own it,” Maltsev said. “The whole world deserves to know his knowledge. How can I sell something that I do not own?”