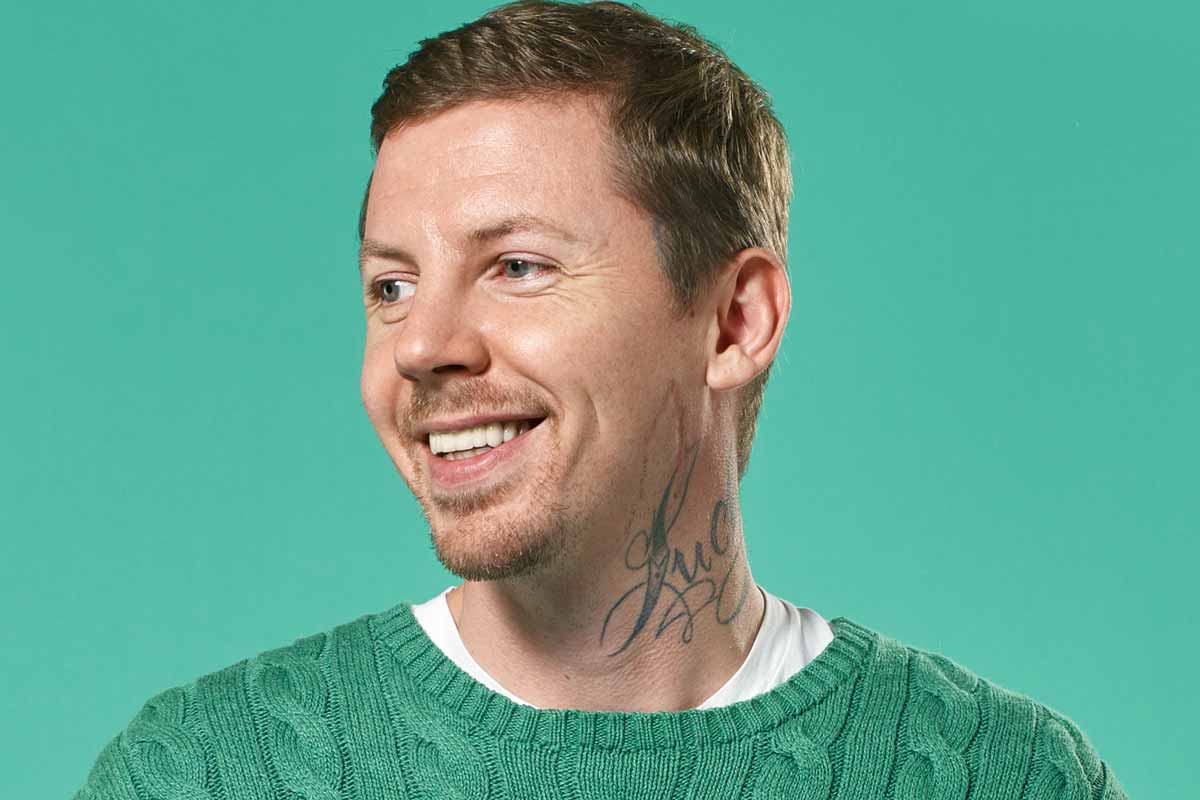 PROFESSOR GREEN IS so eloquent and informed, you could be forgiven for thinking the ‘Professor’ title was a genuine academic qualification, rather than just a stage name (his real name’s Stephen Manderson). The rapper and musician actually left school with no qualifications – but he’s certainly clued-up when it comes to life and health experiences.

Green, who turns 38 in November, has sold more than three million records, was raised by his nan and wider family and lived on a council estate in Hackney, London.  He’s been open about the health issues he’s endured, including stomach problems, anxiety and depression.

He’s now in fine fettle, he says, which he largely attributes to making the connection between his gut and brain. And after years of trying various combinations of supplements, he created his own ‘companion formula’, designed to support brain, gut and immunity wellbeing.